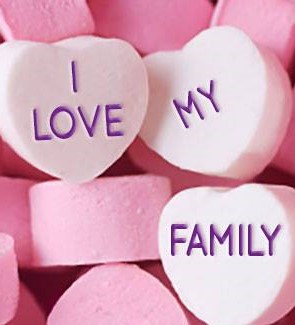 Our youngest has flown the coop, off to teach English on the other side of the world. Yes, we are officially empty-nesters. Wow, it just doesn’t seem that long ago they were all small children. It was tough enough when the oldest moved to her first apartment. Next, we adjusted when the second moved out of state for college. Now, with the youngest leaving for another country, I can’t figure out how I’m supposed to feel. At times, I feel bereft, roaming around the house, sitting in his room, just plain missing his face. At other times, I feel excited for him, happy and proud that he was brave enough to take this step, following one of his dreams. Hopefully, we helped him feel the confidence he needed to make this journey.

We’ve been preparing for this day for some time now. After all, he’s been talking about it for a few years. I’ll never forget the first time he asked me to watch Running Man with him. First off, he never asks us to watch programs with him, usually enjoying them on his own unless it’s a family holiday movie or going out to a theater. So, I joined him on that first evening, which turned into weekly, struggling through the subtitles but enjoying it all the same, partly because of the show but mostly because of my son. His laughter became my laughter.

You know how it is? As you watch your children grow, you begin to notice what brings them joy and that becomes your joy, too. I still remember my oldest’s first tap class. She really loved that class. Watching her get excited made me excited, too. The middle gal loved tumbling and we cheered her as if she were in the Olympics. Then tap became acting, tumbling became photography, etc. And oddly enough, all three of our children are excellent writers. Our son’s always been interested in people and different cultures. I hope he documents this journey he’s on. I hope they all do. Like any mom, I hope good things for all my children. And okay, so I hope he doesn’t forget us and wants to someday come back, all right? I can admit it. 🙂 Right now, he is beyond our touch, but not beyond our reach. Thank God for video chats and messaging!

On the other hand, my spouse takes every opportunity to remind me of all the things we can do now that we couldn’t do before. I’m sure it doesn’t take much imagination to figure out some of his suggestions. You know, I could actually use a little extra closet space…

This entry was posted in Journal Post. Bookmark the permalink.