Walking Around in Pointy-toed Shoes 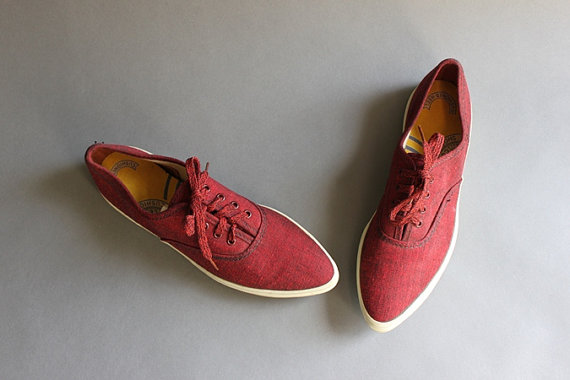 Recently, I read a novel entitled Dream A Little Dream by Susan Elizabeth Phillips. Yes, I read romance novels, in addition to other genres, but the romance novel guarantees a happy ending, which is something I am in desperate need of right now. In Dream A Little Dream, it seemed like so many things hit home with me – either with what I’m going through now or where I’ve been.   In the beginning of the story, the main character Rachel is without a job, with a young son to support – she is the sole support of her little family. While I am thankfully not the sole support of my family, this also gave me a connection with this character. Then there were the shoes. Rachel finally finds a minimum wage job, and after providing food for her son, buys him some clothing and shoes but nothing for herself. Her only shoes, repaired sandals, break, and she is forced to wear an old pair of men’s oxfords that someone gave her. She doggedly wears these despite odd looks and her own personal feelings about them. She has a family to support and shoes are way down the bottom of the list of their needs.

Growing up as the youngest of five children, the “ours” in a “Yours Mine and Ours” family, gave me a sense of what’s important, how financial priorities trump wants and desires, and how to keep my parents from worrying too much about me. Yes, I was the pleaser child, at least until those sad rebellious teenage/boyfriend years, and even then I tried my darndest. This story reminded me of a couple of shoe stories of my own during those years.

In my first year of middle school, called junior high back then, we were supposed to wear a gym suit with white tennis shoes, which we call tennie shoes here in Texas. Being vertically challenged, I grew slowly, so I was still wearing the same old little blue tennie shoes I’d worn for several years, with a few holes, because I also insisted in wearing them when we went swimming in the lake on vacations. To save money, my Mom was able to get an old suit that used to belong to my friend Gena’s cousin. In the days of mini-skirts, the legs of this suit reached well below my knees. Big bummer. So, I just rolled them up as high as possible, but still wore my little blue tennie shoes each gym day, never mentioning I needed new shoes because I didn’t want to be a burden. Being basically a straight “A” student with only an occasional “B” (my Dad was one of those who always said “You can do better than this.”), I brought home my first and only “D”…in gym class. The comment read something like “Does not suit out in uniform.” My folks were livid. They knew I had my suit and was wearing it, so they were also confused. When I mentioned that I was supposed to wear white tennie shoes, and only had the blue, they wanted to know why I never said anything. I shrugged. The next day, my Mom took me to a local discount store and bought me these boat-like tennie shoes that were an inch too long…so that I’d grow into them and they wouldn’t have to buy any more for a while.   Since my feet never grew, I was exceptionally happy the following year when it finally became officially permissible for me to wear my little blue shoes without reprisal.

In high school, when young ladies where flaunting Farrah Fawcett hairstyles and lots of curls and layers, I had long wavy hair – never guessing it had natural curl if it had been cut – because going to a beauty parlor to get a haircut and style was just not in the budget. I didn’t ask. I didn’t need to. As most of you youngest born know, while the youngest can be demanding for attention, they are usually the least demanding for “things.” A nephew came to live with us during these years, and while we loved him dearly, adding to the household also had its challenges, but my parents never complained, they just made it work.

Most of my clothing came to me in the form of hand-me-downs, so I came to appreciate it when my more stylish cousins sent me something. I even had to wear my youngest brother’s hand-me-down shirts for a while. He was four years older than I, and I tried to make those shirts look like some kind of fashion statement, but I’m sure they looked pretty odd on me. I remember “borrowing” one of his more stylish shirts one day and having him yell at me for stretching it out in odd places – I was well endowed. Anyway, during this time, since my little blue shoes had basically fallen apart, and I hated the too big shoes, Mom brought me pointy-toed tennie shoes. They looked like they came from the 1950’s and I don’t know where she got them, but that’s all I had to wear to school for a while, so I sucked it up and wore them. I held my head high and acted like these were just as cool looking as any of the new leather or foam-filled more sporty tennie shoes that the other girls were wearing. Pretty soon, I forgot to feel self-conscience about them and no longer noticed what anyone else wore or whether or not they looked at my shoes. Priorities. To this day, I don’t know whether anyone even noticed – I was actually pretty shy in school – or whether it was just my self-consciousness and pride, but I eventually came to be comfortable in my own shoes. And yes, I do mean that both figuratively and literally.

Right now, with no job, but hopeful prospects, I am once again walking around in pointy-toed shoes, feeling self-conscious and out of step with the rest of the world.   But I realize that it will take time and a few long walks before I begin to feel comfortable with myself again, and that with or without that job I long thought defined me, I am who I always was, and strong enough to meet the challenge.

Here’s hoping today that you, too, feel comfortable in your own shoes.