Not Too Much Trouble 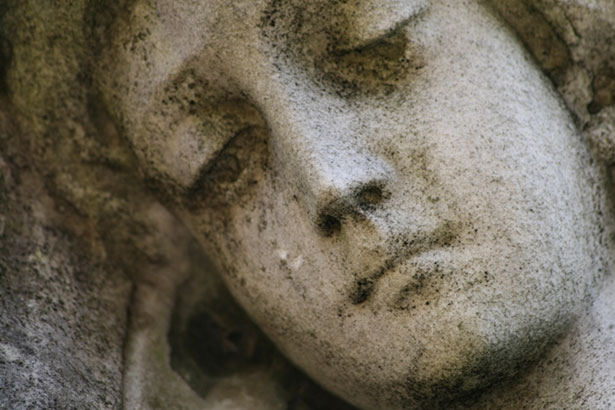 When you lose someone close to you, it leaves an awful gap in your life. I’ve recently lost an aunt who was like a second mother to me, and I find myself predictably working through the five stages of grief. I’ve passed Denial, Anger and Bargaining, and I’m finally at the point now where I’m somewhere between Depression and Acceptance. My auntie was a kind, generous, lovely lady with a ready smile and a quick wit. She also had style. I only mention that last because I have practically none. I’ve never had much of a fashion sense, opting instead for more of a relaxed, comfortable, occasionally classic style – on Saturdays that would equate to jeans or sweats. But each time we visited my auntie, she was always dressed to the nines, including matching jewelry and makeup. She always looked nice, but it was the grace and dignity with which she carried herself that always impressed me.

Having grown up the eldest daughter of six children, my mom being the youngest, and raised by her widowed mother who took on several jobs just to keep food on the table, was not an easy upbringing. She once shared with me that when she was young, they lived in a “shotgun” house, meaning you could walk in the front door and see straight back to the back door. They did not have an indoor restroom, but there was one added onto the house on the back porch. You basically went out the back door to get there, but didn’t have to leave the porch. This “modern” facility had no bath tub or shower. Instead, on Saturday nights, a large wash tub was brought out onto the back porch and filled with hot water with the girls bathing first, then the boys, for obvious reasons. I was blessed to hear many such stories of their upbringing which were so special to me.

A few years ago, I wrote my auntie a little something based on a phrase she always told us when she needed help with something but didn’t want to impose. I think it tickled her when I gave it to her. She never wanted to inconvenience anyone or be an imposition. We loved her so much and will miss her terribly. It’s in her honor, I post it here.

Not Too Much Trouble

Once there was a girl — well, not quite a girl, more of a middle-aged woman — who visited her auntie’s house. Her cousin from out of town was there, too. They began to talk about how hard it was for her auntie to get groceries since she didn’t drive. After one thing or another, someone came up with the idea that perhaps the niece could come down every now and then to take her auntie to get groceries, if it wasn’t too much trouble. It wasn’t too much trouble.

The first Saturday the niece prepared to come down, her auntie called her and said “What time will you be here?”

“Around noon,” replied the niece.

“All right,” agreed the auntie, “We’ll go to lunch when you get here.”

But the niece liked to be lazy on Saturdays and didn’t leave the house until one o’clock. When she got to her auntie’s house, she was afraid she was in trouble. But when her auntie greeted her at the door with a big hug and only a mild reprimand “You’re a little late. I don’t know about you, but I’m hungry,” she knew that she wasn’t in too much trouble.

Some weeks later, the niece called her auntie to say she was on her way and her auntie asked “What time do you think you’ll be here?”

By now, her auntie knew it would probably be closer to two-ish. But being the sweet polite auntie she was, she didn’t remark upon the discrepancy. Instead, she said “When you get down here, I might have something for you to do. If it’s not too much trouble,” she added.

“Of course it’s not too much trouble,” said the niece, “What is it?”

It’s not too much trouble.

It wasn’t too much trouble.